Air came rushing in my lungs.I couldn' embrace.
Again, I heard her heartbeat.
As I have grown older, I have learned to love everything about her.


I love her physical heartbeat (her life).


I love her emotional heartbeat (her soul).

One of my life's greatest heroes said in a famous speech, "I have a dream!"

Dr. Martin Luther King Jr.'s dream is daily coming to pass because people have sacrificed and worked to make that dream a reality.

Dreams that are God given to fulfil the destiny HE has placed inside each of us does not JUST happen.

We must work to make sure those dreams come to pass.  Dreams often land us in uncomfortable and strange places- like Joseph of the Bible.

Dreams also, with that hard work, AND INTEGRITY KEPT, like Joseph in the Bible, will help us to see our Destiny that God planned for us before we were born.

Dreams.  We should all have them, but they must propel us to the destiny that God called us to fulfil to lead to His eternal glory. 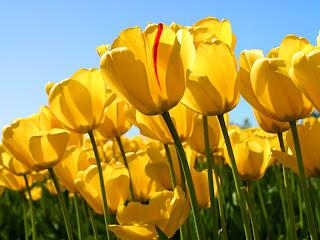 May you seek His face daily and may you find yourself smack dab in the middle of your destiny!!!

The house is a frenzy around her. Everyone is trying to get ready and get out the door on time, but in her bedroom, time must be frozen.
The music drifts underneath the closed door like a sweet smelling fragrance. Amidst the hustle and bustle and barking commands to hurry, the fourteen year old melodic voice rises above the other noises.
"Holy, Holy, Holy is the Lord God Almighty who was and is and is to come. With all creation I sing, praise to the King of Kings. You are my everything and I will adore You."
The Father looks at her and smiles.
She is learning to dance.
Her feet may stumble a little every once in a while, but there is no mistaking it.
She is learning the moves.
She is learning the Romance.
The worship continues. She moves in step with the Savior. His Presence embraces her.
He twirls her around and sweeps her off her feet.
She's breathless as she runs out the door, backpack spilling and hands full of breakfast and her phone.
She's breathless because the One who loves her whispered His love for her during the dance.
The houses blur by on the way to school.
It's a different world.
Her thumb scrolls through the facebook status updates.
An unplanned smile sneaks across her cheeks. All the drama of "single" and "into him", "wishing I knew what he was thinking" didn't play into her world.
She has a dance to learn and she doesn't want to change partners.
She's learning to dance for the real Romance.
~~~~~~~~~~~~~~~
I hope you are learning the dance!
blessings,
dorinda
(This is in honor of my sweet Kenzie. She is in love with Jesus and is learning to dance!)
Posted by Treasure Seeker No comments:

We concluded our 2010 Mission’s Convention last night.
Last Sunday night Bro. Mike Louton preached a sermon entitled,
“Not Willing that Any Should Perish”.
His sermon struck a chord deep in the hearts of the Blann family.
I guess since the first day our children became ours, Rusty and I vowed to teach them the way of Christ~ the heart beat of God ~ if you will.
So, in essence, we have raised our children to be missionaries. Maybe not all “career” missionaries that will live their lives overseas, like Brad and Glenda, but life missionaries ~ living life with the heartbeat of God~
not willing
that any
should perish.
So, here is a link to a video my son made.


I am amazed that a 17 year old, (who gave up the chance for summer cash to spend his summer for missions and ministry; who declined playing football this year to spend more time on video ministry) could put something like this together in one afternoon. The anointing of God is on this video ~ and I am very, VERY proud of my child.

So......let me know what you think!
We were trying to think of a way he could use this video to raise money for Speed the Light.
Of course, you can always send a donation to the church
(First Assembly of God, 503 N. Missouri St., West Memphis, AR 72301
RE: Jordan Blann- Speed the Light). :D
What is your heart beating?
hmmmmmm......
blessings,
dorinda
Posted by Treasure Seeker 2 comments:

Yesterday afternoon I was headed to the store, minding my own business, lost in a world of thoughts.

I was about 20-30 feet from an intersection when I saw out of the corner of my eye, a vehicle that was not slowing down for the stop sign.

From that second on I felt like I was in some type of slow motion movie where sounds are muted and everyone and everything is moving in slow motion with very exaggerated movements and facial contortions.

I saw (but do not remember hearing) the two SUVs collide. The one that was hit, flew into the air several feet (in a movie like slow motion pace - it seems) and then landed on its side.

I pulled my vehicle over and grabbed my phone to dial 911.

By this time I was on the side walk wondering what to do. Then I saw the billows of smoke coming out of the vehicle that was on its side. My thought was- "get back~ this car is about to explode!"

Then, someone "unmuted" the sound in my head.

My heart starting pounding in my ears and my hands started shaking more than they were when I was trying to dial 9-1-1.

I still felt like I was in a quagmire of slow motion force field. I moved, but not fast enough. I heard a man screaming and then I saw the blood. Another eye witness across the street had called 9-1-1.

My heart felt like it was going to stop beating. There wasn't just a little blood. It was pouring out of the driver's side window, that was face to face with the concrete, almost like someone was pouring soda out of a can. I ran to the back hatch to try to open it. It wouldn't budge. The doors were all caved in or blocked (the suv was on it's side). I was praying to Jesus to help me open the doors. The smoke kept billowing and the screams kept screaming.

When I came back around the vehicle a man had run up and was trying to get the kids also. He climbed on top of the vehicle, which was actually the passenger side. Where the other vehicle had hit this one, the back door had caved enough for him to slide down into. After frantically working with the car seat he got the first baby out and handed her to me.

It was then we heard the second set of cries! There was another baby in the car.
By that time, other people we coming to help.

I was worried about the daddy who was bleeding so badly. He was in shock, but had enough wits to realize we were worried about the car blowing up and knew his babies were in the vehicle. He shouted, "There's two! Get the girls!" I assured him we had both girls but encouraged him to put pressure where ever he was bleeding from. I kept talking to him while the man worked on getting to the other baby.

Our wonderful Police Chief pulled up by then (off duty, I might add. He's an extra miler.). The ambulance, squad cars and fire trucks were arriving. I never remember hearing a siren.

The professionals got the man out of the vehicle. His babies still crying, but in good hands with by standers. By this time I realized the car was not going to explode. It was just smoking from being hit. Every thing was under control and I stood there taking in the reality of what I had just witnessed~ all in muted silence. The world was in action around me and I was in a strange silent bubble.

(To make a long story short, the babies were fine, the other vehicle was fine, and I believe the dad will be ok. He did loose a lot of blood and will probably have to have several surgeries on his arm and leg.)

It wasn't until about an hour later that I emerged from the slow motion time warp thing and heard sounds and the same time I saw the action.

The babies' screams.
The man's cries.

The blood.
The baby shoes and bottle in the street.

By no means do I want to sensationalize an accident by blogging about it, but I am trying to process this.

After giving my statement, my vehicle was cornered in by several squad cars, ambulances and fire trucks, so I just stood there.

I noticed the little things.

~ The woman who ran the stop sign was in a dazed shock.
~ The light on her front fender was dangling and swinging- still.
~ The crimson trickle running down the street.
~ The pacifier on it's side in the red stuff.
~ The baby croc shoe - turquoise blue with little brown fur inside.
~ The pale skin of the man who had lost so much blood.
~ The swift confidence and professionalism of the civil servants involved.

I noticed the big things.
~ No one lost their life.
~ God has plans for all those babies involved. Their lives are precious to Him.
~ I was glad I had hugged and kissed my family that morning. There was a few seconds in the mayhem that I was not sure I would see them again in this life.

Today, I've made a mental note of the things I have learned:

~ Seat belts are important!
~Car seats ARE essential!
~Loose objects in a vehicle can be life threatening if in a wreck. The babies had a few bruises from flying objects.
~I.C.E. numbers should be in phones, diaper bags, purses, and glove boxes etc.
~Always be cautious. Even in the residential areas~ accidents- not just fender benders - do happen.
~ Eternity can be a second away. Choose now where you want to spend it!
~Take each moment you are given and never miss an opportunity to hug and kiss your family.
~Pray over your loved ones.
~Ask God to spare you from ever taking someone else's life.

Thanks for letting me process this. I am thankful for God's hand of protection, but you know what? I am also thankful for His sovereignty. He is a Faithful God!

Please make sure you make things right with Him ~ now.

Imperfect but Priceless to a Perfect God

Today I read words penned by another. I was inspired and reminded of the great love our God has for ALL of us~ regardless of our past and present.


Please visit her blog and read her testimony of the compelling love of God in her life.

He will do the same for you!

blessings to you today!
dorinda
Posted by Treasure Seeker No comments: 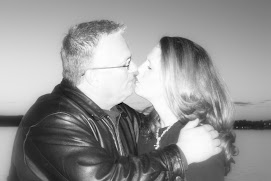 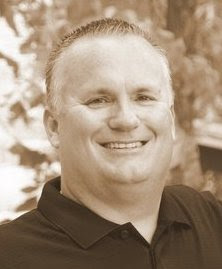 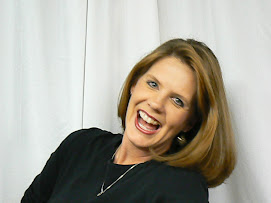 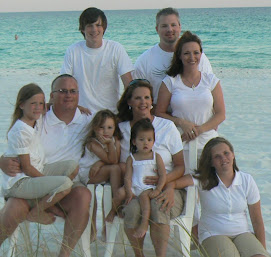